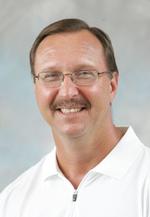 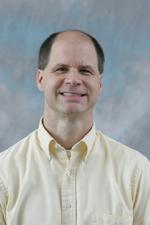 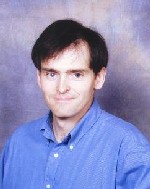 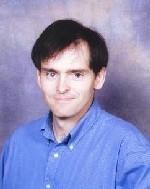 NEW WILMINGTON, Pa. - Dr. John Robertson, Westminster associate professor of biology, will present "The Scoop on the Spoonbill: Structure, Function and Morphogenesis" at the Faires Faculty Forum Wednesday, Oct. 24, at 11:40 a.m. in the Sebastian Mueller Theater of the McKelvey Campus Center. 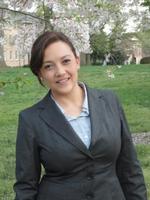 Brenda Swart at the Templo Mayor in Teotihuacán. 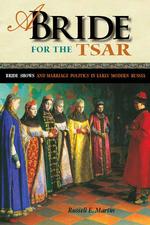 Dr. Scott Mackenzie, assistant professor of theatre at Westminster College, will present "Liberal Arts in the Performing Arts: Multiple Perspectives on The Baker from Madrigal Wednesday, Oct. 6, at 11:45 a.m. in the Sebastian Mueller Theater located in the McKelvey Campus Center.

"The production, translation, and adaptation of the Spanish play Traidor inconfeso y martir into the English The Baker from Madrigal exemplified the liberal arts education philosophy," Mackenzie said.  "Faculty members from four departments took primary roles on the production staff.  I directed; Michael Slane, also from the theatre, designed an aesthetically pleasing and very actable set.  Dr. Jeffrey Bersett (assistant professor of Spanish) translated and adapted the play, while Dr. Andrew Ade from the English Department, worked as a dramaturge.   "Dr. Sandra Webster, chair of the Psychology Department, designed our costumes.  Though she's not a professional designer, she knew how to apply the research skills she developed as a psychologist to costuming the show.  She then conducted workshops to teach our costumers, some of who had never sewn a stitch, how to build the intricate renaissance clothing."

"During the forum, we will discuss the project and the various ways we can build on its successes in the future," Mackenzie concluded.

Faculty forum, established in 1990, serves as a venue for the exchange of ideas and information among Westminster College faculty.  Speakers present their research, teaching ideas, lectures, performances, special programs, and uses of technology to keep faculty informed about the work of colleagues from many disciplines.

Mackenzie, who has been with Westminster College since 2001, earned his undergraduate degree from the University of Texas at Dallas, his master's from Michigan State, and his Ph.D. from Wayne State University. 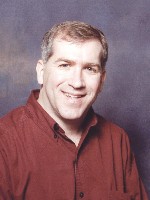 Rachel Varine, a senior music performance major, will give a voice recital Saturday, April 30, at 3 p.m. in Wallace Memorial Chapel.

Varine, a daughter of John and Gail Varine, Vandergrift, is a graduate of Leechburg Area High School.  She is a member of the Westminster College Concert Choir and Chamber Singers.  While at Westminster, Varine has performed in four musicals and three operas, playing the role of Suzanne in "Suzanne's Secret," Gretel in "Hansel and Gretel," and Carmen in "The Legend of Carmen."

The event is free and open to the public.  Contact the Westminster College Department of Music at (724) 946-7270 for more information.

Lindsay Byers and Marie Gott will give a senior voice recital Sunday, March 5, at 3 p.m. at Wallace Memorial Chapel.

Byers, a mezzo-soprano and Gott, a soprano, will sing several duets including: Schumann' "Das Gluck, Op. 79, No. 16;" Brahams' "Weg Der Liebe II;" Purcell's "No, Resistance is but Vain;" and Vivaldi's "Laudamus Te" from Gloria.  The program also includes solos with Byers singing Ives' "Memories" and Gott singing Puccini's "Senza mamma" from Suor Angelica.  The event will be accompanied on the piano by Jeff Wachtner, a Westminster adjunct instructor.

Byers, a junior music education major, is a daughter of David and Rosemarie Byers, Clarence, N.Y., and a graduate of Clarence Central High School.  While at Westminster College, she has appeared in many opera roles including: Hansel in Hansel and Gretel and various other characters in opera scenes.  Byers also sings in the Westminster Concert Choir and Chamber Singers.  She is the winner of the 2006 Westminster Concerto and Aria Competition and will appear with the Westminster Orchestra in May.  Byers is also a member of the Pennsylvania Collegiate Music Educators Association and American Choral Directors Association.

Gott, a senior music education major, is a daughter of John and Joann Gott, Erie, and a graduate of McDowell High School.  She participates in the Westminster College Concert Choir and Chamber Singers.  Gott also plays the tenor saxophone in Westminster's Symphonic and Marching Bands.  She is a member of the Pennsylvania Music Educators Association and an officer for the American Choral Directors Association.

The event is free and open to the public.  Contact the Westminster College Department of Music at (724) 946-7270 for more information. 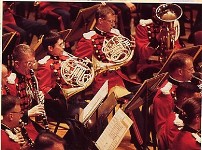