Celebrity Series to Open Season with "Whose Line" Comedians

Westminster College's Celebrity Series opens its 2011-2012 season with Colin Mochrie and Brad Sherwood of the Emmy-nominated television series "Whose Line Is It Anyway?" Saturday Sept. 24, at 7:30 p.m. in Orr Auditorium.

The Westminster College Department of Music will present "Voices from Within III: Celebration of New Music" Sunday, April 22, at 1 p.m. and 3 p.m. in Orr Auditorium.  The concert is free and open to the public.

NEW WILMINGTON, Pa. - Two students have been added to the Spring 2013 Dean's List at Westminster College.

"The competition included competitors from Europe, the United States, Japan, and Korea," Harrison said.  "Competitors were all under the age of 26, and were asked to perform specific repertoire appropriate for the antique organ they were playing.  Judges came from the United States, Switzerland, Germany, Sweden, and the Netherlands."

"The competition concluded Friday with a ceremony and final concert in the church," Harrison continued.  "I was honored to play the final concert on this instrument, which was built by the famous organ builder Arp Schnitger.  This instrument is the largest extant organ by Schnitger, and dates from 1689 with parts of the instrument dating from earlier builders.  I performed works by Hieronymus Praetorius, Heinrich Scheidemann, and Johann Sebastian Bach - all of whom played the organ at one point."

Harrison, who has been with Westminster College since 2000, earned her undergraduate degree from Duke University, master's from Southern College and the New England Conservatory, and her D.M.A. from Stanford University.  Harrison spent three years studying at the North German Organ Academy in Germany, and has distinguished herself as one of the leading experts on the Baroque organ.

Harrison is also the founder of the Westminster Historic Organ Program in Cappel, Germany, which offers students an opportunity to study and play several historic organs. 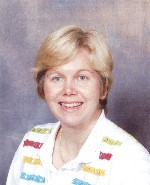 "The Fallen Soldier Memorial honors 46 soldiers from Western Pennsylvania killed in Iraq and Afghanistan," Painter said.  "I had to use the 'Report of Casualty' military orders to contact the families and get the biographical information for the scrapbook that's on display with the guest book in the lobby.  Talking to the families was the most difficult part of the job."

Painter served a summer internship for the regional Veterans Administration in Pittsburgh.

"I thought I'd be a shadow, but I was asked to jump right in and get started," Painter said.  "I had no budget, so I asked for donations.  One of the hardest things to find was the M-16 rifle.  The Etna American Legion bought a replica for the memorial and donated it.  The Pittsburgh Trophy Company donated two large plaques inscribed with the name and branch of service of each person."

The dedication was held Aug. 18 in the Concourse Room of the Pennsylvanian, an old rail road station in downtown Pittsburgh.  Painter had a special reason for wanting to be involved in this project.

"I lost a friend, Josh Henry, in September of 2004," Painter said.  "He was one of the soldiers honored, and he was the reason it meant so much for me to do this.  Josh and I went to high school together in Apollo.  He was only 21 when he died.  His family came to the dedication ceremony."

Ninety invitations were sent to family members to attend the dedication ceremony and more than 200 relatives and friends attended the service.

The simple memorial features an M-16 rifle with a helmet balanced on top of it and a pair of combat boots sitting beneath it in front of a flag with the words "Lest they be forgotten."

"I really need to thank everyone who donated to this cause, including the owner of the Pennsylvanian, the Jenny Lee Bakery and Opening Night Catering Service," Painter continued.  "But I couldn't have done this project without the foundation received at Westminster.  The Public Relations Department prepared me with people skills and public relations writing."

Painter is a daughter of  Richard and Marcie Painter, Apollo, and a graduate of Apollo-Ridge High School. 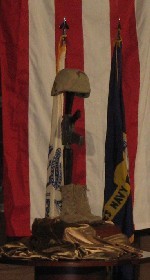 Over 50 area schools will be represented by 180 students in grades seven through nine during this two-day event, which culminates in a public performance Saturday, April 29 at 2 p.m. in the NHJHS Auditorium, 55 Rochester Road.

Concert selections include:  two spirituals, "This is My Song!" and " Shine on Me;" a Manhattan Transfer favorite "Tuxedo Junction;" an arrangement of Gustav Holst's "Homeland" (from The Planets); a South African selection "Gabi, Gabi;" an arrangement by Rene Clausen of "O My Luve's Like a Red Red Rose" with violin and cello; and David Brunner's arrangement of the "Jubilate Deo" text, which includes guest brass players from the Westminster Music Department.

This is not the first collaboration between Lind and Cloonan.  The Westminster Men's Chorus, under Lind's direction, participates annually in the American Choral Directors Association of Pennsylvania's "Mucho Macho Music," festival for young men with changing voices, held in November at North Hills Junior High School, where Cloonan is a chorus teacher.  In addition, the two have collaborated on a workshop presented at the 2005 Summer Conference of ACDA-PA, and most recently, Cloonan and former music adjunct faculty member Lisa Jaworowski (Santillan) co-presented to a group of upper-class music education students at Westminster, discussing "real world" issues in the music teaching profession. 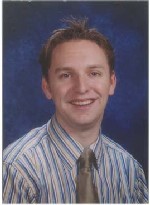 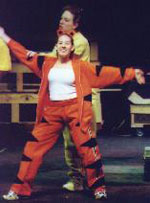