E-Recycling Drive Set for May 7 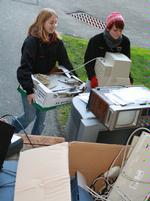 Westminster College will host guest speaker Dr. Susan Burch for a program Monday, Feb. 6, at 7 p.m. in the Witherspoon Rooms of McKelvey Campus Center.  The presentation is free and open to the public. 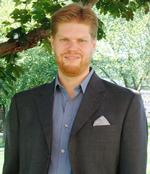 Westminster College will celebrate Homecoming with a variety of activities Oct. 10-12.

The Third Man boasts exceptional performances by Orson Wells and Joseph Cotton.  It is based on Graham Green's story about a novelist who arrives in post World War II looking for a job and the friend who has promised him one.  The problem is that the friend has mysteriously disappeared.

The International Film Series was recently named in honor of its founder, Dr. Jacob Erhardt, professor emeritus of German at Westminster College.  Erhardt, who taught at Westminster from 1968 until his retirement in 2004, served as chair of his department from 1970-1986, was named the Language Educator of the Year by the Pennsylvania State Modern Languages Association, translated into English Robert Reitzel's Adventures of a Greenhorn, and was recognized by the National Endowment for the Humanities as an outstanding member.

The event, which is part of an eight-film series, is free and open to the public

"Students from all disciplines who have engaged in individual scholarly research and creative projects will participate with an oral presentation," said Dr. Ann Throckmorton, chair and associate professor of biology and coordinator of this event.  "A student's presentation should be no longer than 15 minutes."

"The students represent 11 different majors in the humanities, social sciences, and natural sciences," Throckmorton said.  "The symposium serves as a means to recognize the scholarly accomplishments of these students, and provides the opportunity for students to present their work and learn what their fellow students have done."

The event is free and open to the public.  For more information, contact Throckmorton at (724 ) 946-7209 or e-mail athrock@westminster.edu.

Dr. Carolyn Cuff, professor and chair of mathematics, was the moderator for the statistics and education panel discussion.  She was appointed a member of the MAA-ASA Joint Committee on Statistics Education.  Cuff, who has been with Westminster since 1989, earned her undergraduate degree from Westminster College and her master's and Ph.D. from Case Western Reserve University.

Dr. Barbara Faires, professor of mathematics, was the first vice president of MAA.  She attended the strategic planning orientation and is a member of the MAA Board and Executive Committee.  Faires earned her undergraduate degree from East Carolina University, her master's from the University of South Carolina, and her Ph.D. from Kent State University.

Natacha Fontes-Mertz, assistant professor of mathematics, attended sessions for Project NExT (New Experiences in Teaching) and judged posters for the undergraduate research poster session.  Mertz earned her undergraduate degree from Oberlin College and her master's and Ph.D. from Kent State University.

Dr. James Hall, professor of mathematics, attended Fibonacci and Catalan Numbers course and Teaching Linear Algebra with Applications course.  Hall, who has been with Westminster since1984, earned his undergraduate degree from Northern Illinois University, his master's from Harvard University, and his Ph.D. from the University of Wisconsin.

Dr. Warren Hickman, professor of mathematics, attended sessions on integrating the history of mathematics into the curriculum and mathematics in education reform (MER).  Hickman, who has been with Westminster since 1968, earned his undergraduate degree from Capital University, his master's from Case Western Reserve University, and his Ph.D. from Kent State University.

"The Ghost of Hannibal Lector" Coming to Westminster College

A Halloween organ concert will feature "The Ghost of Hannibal Lector" Friday, Oct. 31, at 7:30 p.m. in Orr Auditorium.

Elizabeth A. Keen, a music performance major, will give her senior organ recital Saturday, March 24, at 7 p.m. in Orr Auditorium of Westminster College.