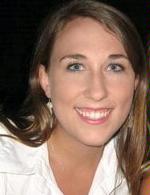 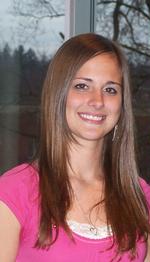 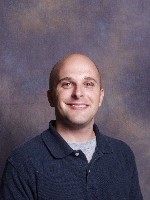 Dr. Jamie McMinn, Westminster College associate professor of psychology, authored "Understanding the Antecedents, Consequences, and Development of Morality in a Seemingly Immoral World," published in the February issue of the Journal of Social and Clinical Psychology.

Westminster College alumnus Colin Dean '07 presented "Spinning Plates Atop Irons in the Fire: Keepin' It Real (Busy) after WC" to students and faculty in the Department of Mathematics and Computer Science Oct. 21.

"The Faculty Jazz Combo was officially unveiled at last year's final jazz concert, and they were an instant success," said Dr. R. Tad Greig, director of bands at Westminster College.  "We are fortunate to have such fine musicians on our adjunct faculty."

The Faculty Jazz Combo consists of Jeff Wachter on the piano, Mark Antonich on the guitar, Jeff Bremer on the bass, Perry Gatch on the drums, and Andy Erb, a 1996 Westminster graduate who occasionally performs on the trumpet with the group.

"The program includes a wide variety of Jazz music styles including: the music of Benny Carter 'Rompin' and the Reno,' which is very characteristic of the Count Basie style of big band performance," Greig said.  "We will also perform two classics recorded by the Stan Kenton Orchestra, Gene Rolands arrangement of Misty and Gerry Mulligan's arrangement of 'Dancing in the Dark.'    There will also be a solo vocalist performing a newer arrangement of a Sammy Fain and Irving Kahal classic, 'I'll Be Seeing You.'  Other new settings of classic songs are Mike Tomaro's arrangement of the Miles Davis standard, 'Milestones,' and Antonia Carlos Jobim's 'One Note "Samba.'"

The event is free and open to the public.  For more information, contact Greig at (724) 946-7279 or e-mail greigrk@westminster.edu.

Contact the Westminster College Department of Music at (724) 946-7270 for more information.