"The 3.1 mile course runs entirely on campus starting and finishing on the track and going through practice fields behind Lake Brittain," said Felicie Reid, a senior environmental science major from North Lima, Ohio.  "Timing is unofficial, but there will be a short awards ceremony with Earth-friendly prizes after the race.  The purpose of the race is for the students and surrounding community to come together to celebrate the outdoors and the sport of running."

The event is free and open to the public, but donations will be appreciated.  For more information, contact Reid at (724) 946-6431 or e-mail reidfj@westminster.edu.

The Jake Erhardt International Film Series continues with Farewell My Concubine Tuesday, March 7, at 7 p.m. in the Sebastian Mueller Theater
located in the McKelvey Campus Center.

"Kaige Chen's epic film is based on Lillian Lee's novel, which was banned in China," said Dr. Deborah Mitchell, associate professor of English and public relations and coordinator of this event.  "Within the context of 50 years of Chinese political history, the film centers on two men who meet as performers in the Peking Opera and explores their 50-year friendship.  This film was nominated for the Best Foreign Language Film, but lost out to Belle Epoque."

The International Film Series is named in honor of its founder, Dr. Jacob Erhardt, professor emeritus of German at Westminster College.  Erhardt, who taught at Westminster from 1968 until his retirement in 2004, served as chair of his department from 1970-1986, was named the Language Educator of the Year by the Pennsylvania State Modern Languages Association, translated into English Robert Reitzel's Adventures of a Greenhorn, and was recognized by the National Endowment for the Humanities as an outstanding member.

The event, which is part of a ten-film series, is free and open to the public

Contact Mitchell at (724) 946-7030 or e-mail dmitchel@westminster.edu for more information.

Ted Spickler, manager of advanced performance in the Department of Quality and Business Excellence at Bayer Corporation, will speak Friday, Oct. 24, at 8:10 a.m. in Beeghly Theater.

Alfredo Lopez Salteri, director of personnel development and human resources at the Rio de la Plata Bank in Argentina, will speak Tuesday, March 27, at 4 p.m. in the Down Under lounge in the basement of Eichenauer Hall Westminster College. 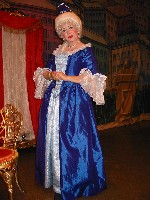 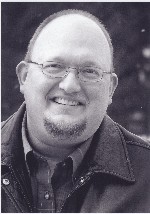 The Westminster College Drinko Center for Excellence in Teaching and Learning Center is hosting a series of "Dramatic Directions" teacher workshops Monday, July 31-Thursday, August 3, beginning at 9 a.m. each day. 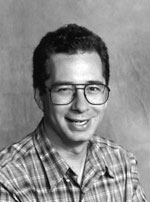 Westminster College will celebrate Palm Sunday with special music by the Concert Choir, April 1, at 7 p.m. in Wallace Memorial Chapel. The event is free and open to the public.

Eight Westminster College students recently received scholarships through The Pittsburgh Foundation. All awards will be applied to the students' tuition for the 2008-2009 academic year.

The Jake Erhardt International Film Series will show the Russian film Mongol Tuesday, April 7, at 7 p.m. in the Sebastian Mueller Theater in the McKelvey Campus Center.