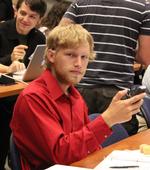 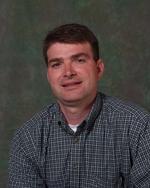 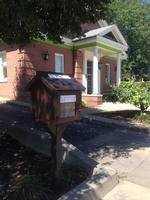 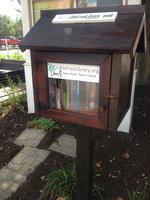 In addition to lecturing in several classrooms all three days, the team, Dr. Andreas D'Souza, a Christian, and Dr. Ismat Mehdi, a Muslim, will lead several events that are open to the public.  Monday at 12:30 p.m. they will lead is a discussion at Westminster's McKelvey Campus Center; Monday, at 6:30 p.m. a public forum is planned at the McGill Center in New Castle; and Tuesday at 7 p.m. another public forum is planned at the Westminster's Wallace Memorial Chapel.

The Interfaith Listening Project was designed to bring Christians and Muslims together for listening and conversation around the world.  Each team includes a Christian and a Muslim who share their experiences of the realities and challenges of Christian-Muslim relationships.

"Our hope is that through this dialogue, we will explore the complexities of living in our multi-religious world," said Dr. Robert VanDale, professor of religion emeritus and director of Westminster's Peace and Resolution Center.  "We may find ways to accept God's call to work together for the well-being of our communities and for justice, peace, and the healing of creation."

D'Souza is the director of the Henry Martyn Institute, an international center for Research, Interfaith Relations and Reconciliation, located in Hyderabad, India.

Mehdi has taught classical Arabic literature, Arab history and culture, and modern literature for over 20 years.  She was the first secretary for culture and director of the Indian Culture Center at the Embassy of India in Cairo from 1991-1995.

The events are free and open to the public, and are sponsored by The Pittsburgh Presbytery Peacemaking Ministry Team in cooperation with Westminster College and the Shenango Presbytery.

For more information, contact Dr. Andrea K. Grove, assistant professor of political science and co-coordinator of the event, at (724) 946-7254 or e-mail groveak@westminster.edu.

To learn more about the Interfaith Listening Project, visit www.pcusa.org/listeningproject 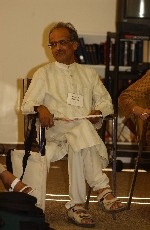 Lorrie Straka, a senior physics major at Westminster College, recently presented her research, "The Physics of the Matrix," at the Western Pennsylvania American Association of Physics Teachers meeting.

"In an effort to broaden physics awareness, we have looked for ways to make learning physics fun," Straka said.  "By taking The Matrix,' an extremely popular film with many physics-defying scenes in it, we have created an interactive movie physics project.  Through careful observation of select scenes, we can use simple kinematics to decode these matrix feats and how they stack up to some simple models of the real world."

Straka is a daughter of Wendy and William Straka, West Leechburg, and a graduate of Leechburg Area High School.

"Dance Theatre's theme this year is rhythm nation," said Regina Sharbaugh, associate director of admissions and advisor to the group.  "We are representing all genres of dance and dances that are indigenous to several countries.  Dance Theatre will have our usual tap, hip-hop, and lyrical numbers, but we also have a dance representing movement and music from Barbados and a dance from an Irish ethnicity showing clogging.

"'Carry the Flame,' was the theme song for the 2002 Olympic games.  It was written by Karin Hendrickson, the daughter of Eileen Hendrickson, who is an instructor of theatre at Westminster," Sharbaugh continued.  "Aretha Franklin sang it at the Olympics and junior Nikky Douglas will sing it for this production."

Tickets for the show are available at the door.  Contact Sharbaugh at (724) 946-7104 or e-mail sharbarm@westminster.edu for more information.

Dr. Albert Borroni, a member of the Neuroscience Department of Oberlin College, will speak at Westminster College Tuesday, March 27, at 7 p.m. in room 166 of the Hoyt Science Resources Center. 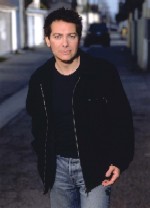