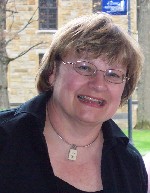 Dr. Amy Camardese, Westminster College associate professor of education, was appointed to a three-year term on the Board of Program Reviewers of the National Council for Accreditation of Teacher Education (NCATE).

Bill Hasely of New Wilmington moving trees to the chipper (2009)

Westminster students warm up by the fire (2009)

The Field Station has become the center of a tradition, now in its sixth year at Westminster College. On Saturday, Feb. 6, from 9:30 a.m.-noon, Christmas trees that have been gathered from the community will be turned into chips that have use as mulch around trees and on trails. The event is open to all who wish to spend a morning outdoors enjoying some vigorous activity toting trees to the chipper. Regardless of the weather, warmth will come from the physical activity and hot drinks! 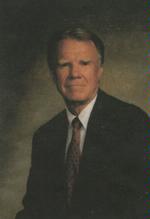 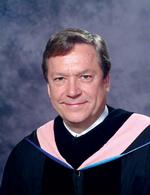 Westminster College's Office of Diversity Services has announced its schedule of events in observance of Black History Month.  All programs are free and open to the public.

NEW WILMINGTON, Pa. - Westminster College will celebrate International Audio Visual Week, Oct. 16-20, with a series of campus events that are free to the public. 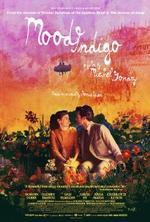 Westminster College's Jake Erhardt International Film Series will show Mood Indigo Tuesday, Oct. 21, at 7 p.m. in the Sebastian Mueller Theater.  The program is free and open to the public.

"This is a unique opportunity for alumni to support their alma mater," said Mary James, a 1986 Westminster graduate and director of alumni affairs and Westminster College.  "Alumni have experienced a Westminster education and understand how valuable it is.  As educators, they know students who will thrive in and contribute to the Westminster community."

Westminster alumni who are in the education field have been asked to identify a highly qualified high school student who has the personal characteristics that would honor Westminster.  Students with a 3.5 or higher grade point average may select from any of Westminster's 40 majors.  Westminster will grant the scholarship upon endorsements of Westminster alumni educators and formal validation of the student's credentials.

Nominations for the 2005-2006 scholarships are due by Oct. 31.  Visit www.westminster.edu/Jerb for more information about the Jerb Miller Scholarship Program.

"This is a story of the Mundy sisters, living in rural Donegal County Ireland in 1936," said Eileen Hendrickson, director and visiting instructor of theatre.  "The play explores the plight and joys of being a woman in Ireland at this time."

Hendrickson describes the plot as a young boy telling the story of growing up in a fatherless home with his unmarried mother and four spinster aunts in 1930s Ireland.  Each of the five women, different from the other in temperament and capability, is the emotional support system, although at times reluctantly, for each other, with the eldest assuming the role of a somewhat meddling' overseer.  But then into this comes an elderly brother, a priest too senile to perform his clerical functions, who has come home to die' after a lifetime in Africa; as well, there also arrives the boy's father, riding up on a motorcycle, only to announce that he's on his way to Spain to fight against Franco.  Nevertheless, life goes on for the five sisters, although undeniably affected by the presence of the two men, they continue to cope as a close-knit unit, until something happens that disrupts the very fabric of that cohesiveness beyond repair.

Contact Hendrickson at (724) 946-7237 or e-mail hendriee@westminster.edu for more information.