Miller is a daughter of Mariann and Richard Miller from Turtle Creek, and a graduate of Woodland Hills High School. 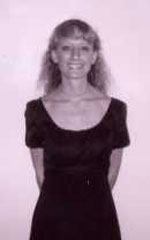