The Titans led 14-0 early in the first quarter and 14-10 at halftime. The Presidents took their first lead of the game (17-14) with a blocked punt and recovered the ball in the end zone late in the third quarter. Westminster, however, did not flinch as junior quarterback Cole Konieczka (Coraopolis, PA / Moon) tossed a pair of fourth-quarter touchdowns (a 13-yarder to junior tight tend Bryce Sallack (Luthersburg, PA / DuBois Area) and a 7-yarder to senior Ian Valente (Johnstown, PA / Westmont Hilltop)) to put Westminster back in the lead for good.

The Titan defense once again rose to the occasion with four forced turnovers, including a 43-yard strip-sack and fumble-return by junior Ian Barr (State College, PA / State College Area) for the game’s opening touchdown. Barr added a sack and two forced fumbles (Barr came into tonight’s game already leading the nation in forced fumbles). Junior Bryce Thomas (Saint Marys, GA / Camden County) and sophomores Luca Botti (Ellwood City, PA / Ellwood City) and Nicholas Treloar (New Castle, PA / New Castle) each had an interception. Westminster had seven sacks, led by junior Brayden Thimons (Natrona Heights, PA / Highlands) with a career-high four – the most sacks in a single game by a Titan since the stat was kept. Thimons also had a game- and career-high 11 tackles, followed by Thomas with a season-high eight.

Barr once again set the tone with his strip-sack fumble-return for a touchdown on the Presidents’ second drive of the game to put Westminster up 7-0. Later in the first quarter, the Titan defense pinned Washington & Jefferson (3-1) deep in its own territory when Treloar sacked W&J’s Justin Heacock at the two-yard line. Valente took advantage of the field position with a punt return of 28 yards to W&J’s five-yard line. Two plays later, senior Frank Antuono (New Castle, PA / Neshannock) plowed in from one yard out, extending Westminster’s lead to 14-0 with four minutes left in the frame. The Presidents got on the board on their ensuing possession with a 10-play, 89-yard drive, capped off with Heacock finding Payton Skalos for a 21-yard touchdown. Early in the second quarter, W&J followed with a 22-yard field goal by Sean Disbrow, cutting the Titans’ lead to 14-10. Neither team found the end zone for the rest of the half and Westminster still led 14-10.

Both teams continued to battle in the third quarter. With less than four minutes left in the third, W&J’s Jacob Sarver booted a 44-yard punt which was downed at Westminster’s one-yard line. The Presidents took their first lead after Drew Ehrlich blocked his second punt of the game, this time it was recovered by Trey Everson for a score. The Presidents looked to add to their lead on their opening possession of the fourth quarter, however, Botti snagged an interception and returned it 30 yards to W&J’s 25. The Titans regained the lead three plays later as Konieczka delivered a dart up the middle to Sallack for the first touchdown reception of his career. Westminster’s extra point was no good and the Titans led 20-17 with 12 minutes to play. Westminster’s defense halted the next two W&J drives (with an interception by Treloar and a turnover on downs). Following the turnover on downs, the Titans drove down the field and added to their lead as Konieczka delivered his second strike – this time to Valente (first-year wide receiver Tylon Eilam (Sharon, PA / Sharon Area) highlighted the drive with a 55-yard grab). The Titans had a 10-point, 27-17 lead with six minutes remaining. The Presidents made it a one-score game with Disbrow’s second field goal with 2:38 left. W&J’s ensuing onside kick was recovered by the Titans and a 12-yard, first down run by Antuono sealed the win and the Championship for the Titans.

Westminster, under the guidance of seventh-year Head Coach Scott Benzel, finished the season a perfect 5-0 overall record and 3-0 in the PAC. 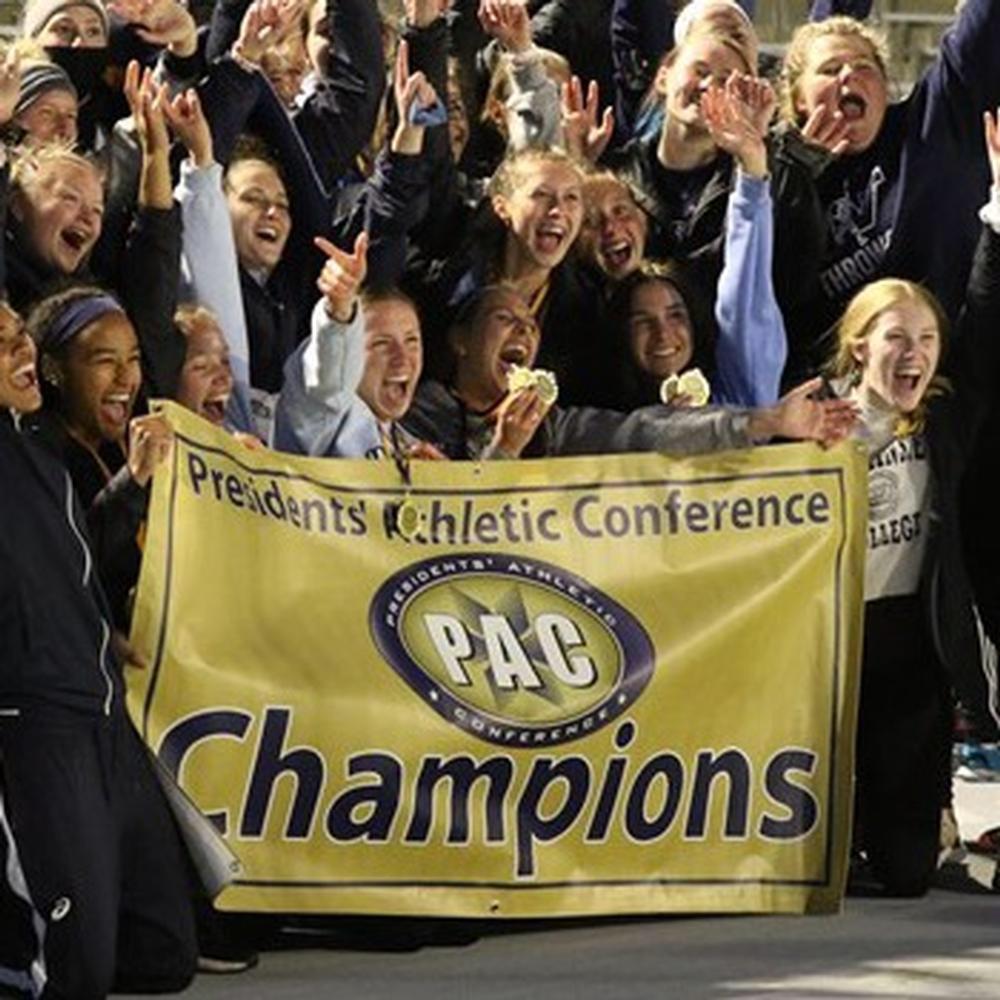 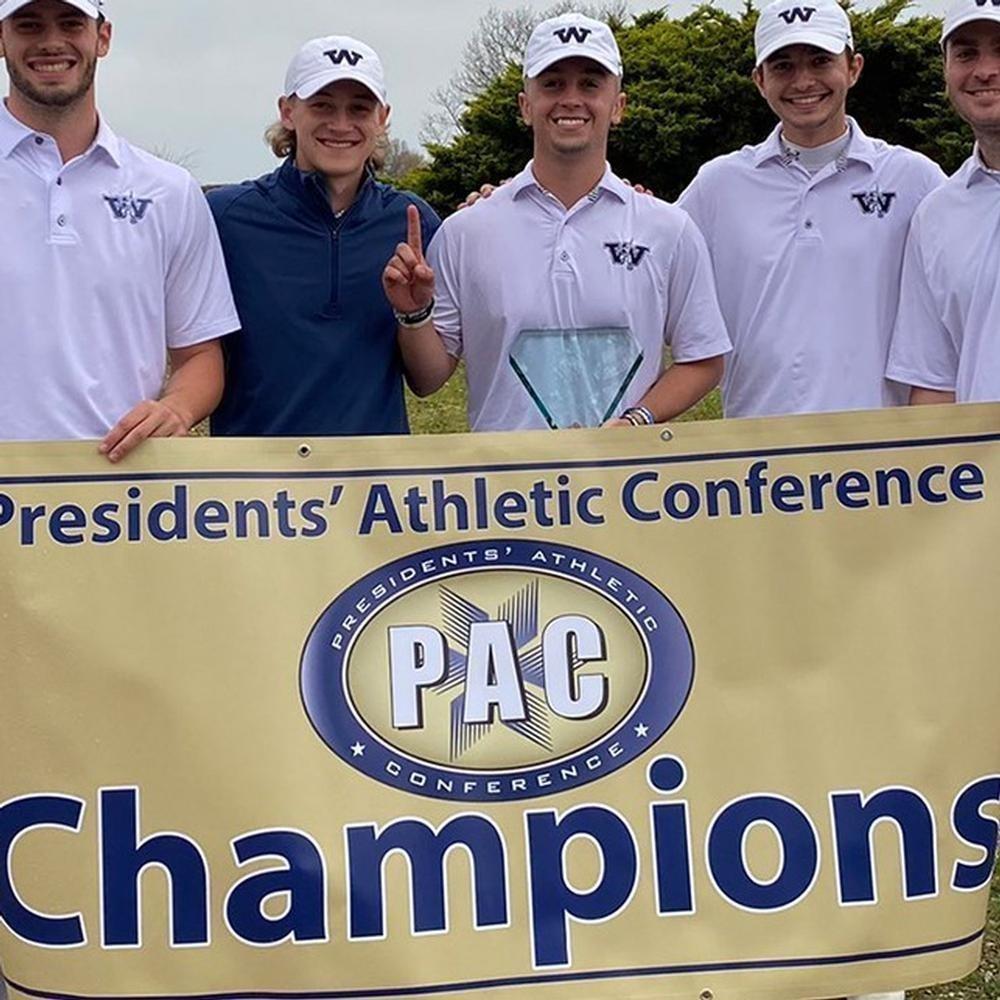 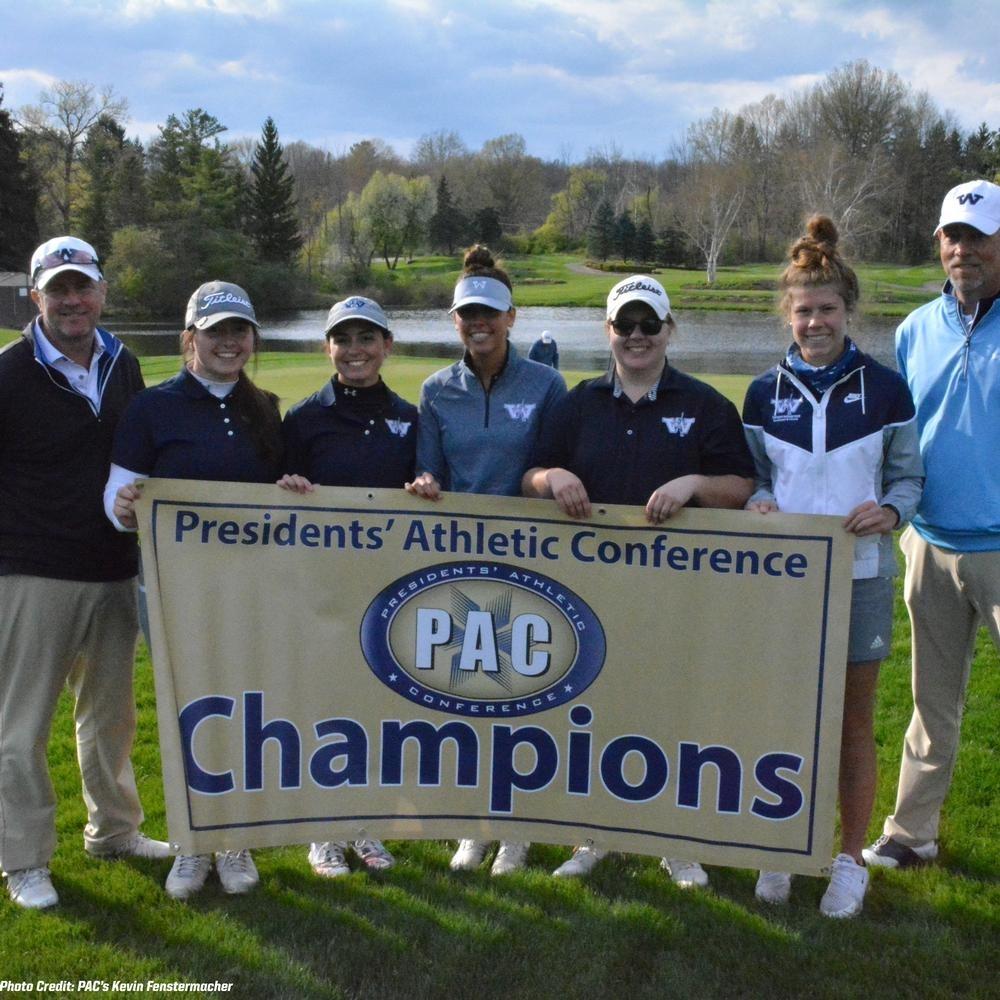 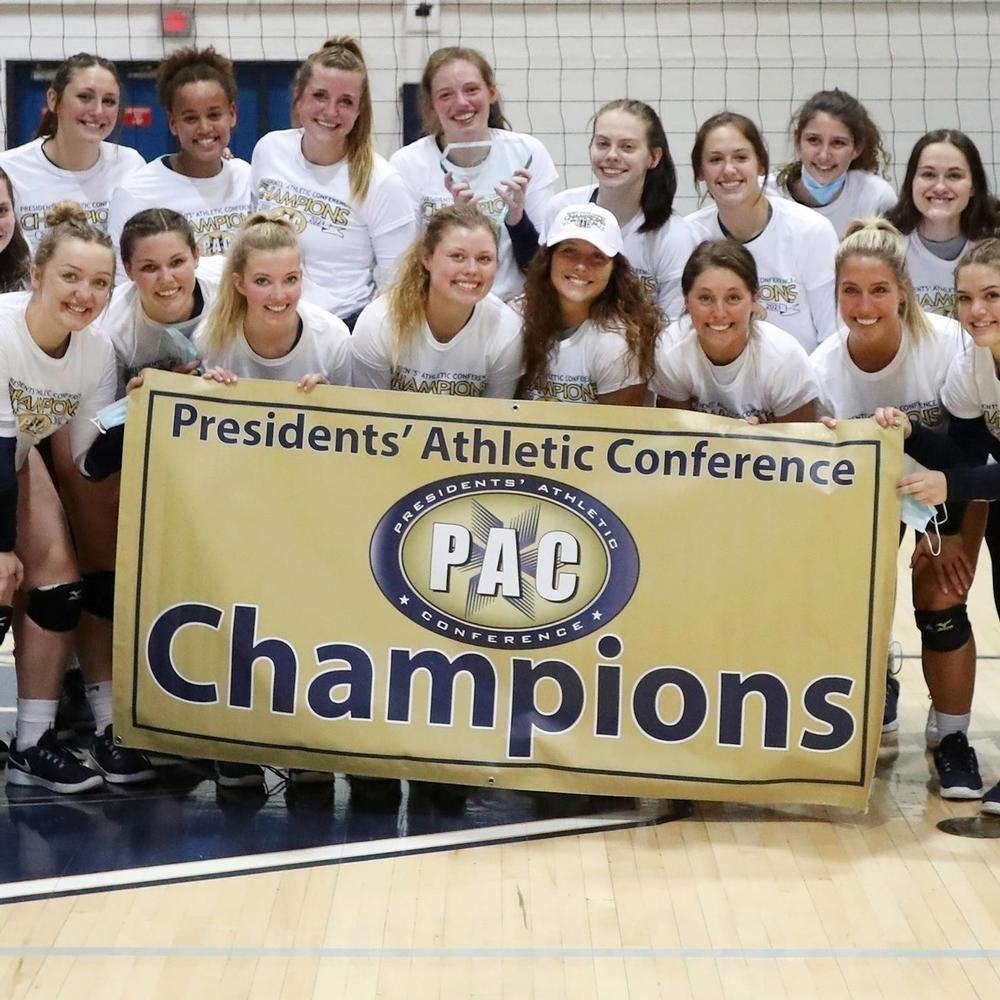