Two area performers, Deborah Lynn originally from Latrobe, and Sarah Roussos from Erie, are in the cast of Wonderful Town, showing Monday, April 16, at 8 p.m. in Orr Auditorium as part of the Westminster College Celebrity Series.

"Deborah Lynn, who plays the lead role as Ruth Sherwood in Wonderful Town, is thrilled to be performing one of her favorite musical theater roles," said Connie McGinnis, assistant director of the Westminster College Celebrity Series. "She has toured nationally and internationally in Singing in the Rain, Grease, and My Fair Lady. Her other favorite roles include Nellie in South Pacific and Louise in Gypsy."

Roussos, who is the understudy for Helen and Eileen in Wonderful Town, has also portrayed Maria in West Side Story, Chava in Fiddler on the Roof, Joanie Lish in The Full Monty, and Mae in The Wild Party. For more information about Roussos, visit www.sarahroussos.com.

"The musical is about two sisters, Ruth and Eileen Sherwood, from Columbus, Ohio, who go to Greenwich Village in New York in the 1930s in search of careers and, maybe, love, and end up conquering Manhattan," said Gene DeCaprio, director of the Westminster College Celebrity Series. "The wide-eyed sisters share all sorts of comic misadventures. Leonard Bernstein's pop score overflows with great melody and a joyful vitality. The witty lyrics are by Broadway greats Comden and Green and there are lots of high energy dance numbers (the show won a Tony for Choreography in 2003). The show won great critical acclaim in a Broadway revival with Brooke Shields.

"The show pays homage to the great city of New York and is a reflection of the time when Broadway musicals were meant to be brilliant light entertainment. Wonderful Town is vintage Broadway effervescence served with class and pizzazz that everyone will enjoy."

Good seats are still available. Contact McGinnis at (724) 946-7354 or e-mail mcginncl@westminster.edu or visit http://www.westminster.edu/celebrity for more information on the Westminster College Celebrity Series. Information regarding the play and cast is available from Nichole McClendon, company manager for Wonderful Town, at (512) 423-2904. 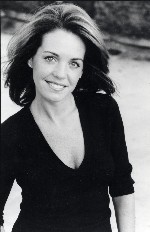 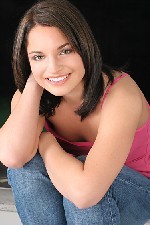