When Bryan Greig was seeking his undergraduate degree at Westminster, he could often be seen somersaulting his way across campus, usually with a GoPro camera attached to his body. Not afraid to take risks, Greig’s energy and passion have guided him in his entrepreneurial pursuits, through the air as a skydiver and even now as he seeks new career opportunities. As Westminster approaches its 2020 Professional Network Symposium on Sept. 25-26, Greig—one of this year's alumni participants—talks about his student experience with the Symposium.

As a student Business Administration major, how did you benefit from Westminster’s Professional Networking Symposium? What kind of impact did it have on you?
The Professional Networking Symposium was the first time I had seen the power of alumni. In Northern Ireland and the U.K. in general we don't really connect with our university/college beyond graduation. At Westminster I saw all these wonderful alumni giving their time and energy to help those coming after them. I realized that people actually cared. It was one of those moments where I changed my entire view on something—that alone made it worthwhile. Then you add on the personal growth that naturally comes from meeting and talking to new people, some who may be in industries you are interested in—the Professional Networking Symposium just should not be missed! What were some of the Symposium’s highlights for you?
I was able to get personalized feedback on my résumé from people working in industries I was interested in. That was invaluable! I loved attending the different seminars and listening to the clearly very knowledgeable and intelligent people there. I ended up leaving the Symposium with a job offer for the summer. And even though I ended up not taking it, it was rather confidence boosting!

What are you doing with your life now?
After graduating from Westminster, I attempted to start my own tech company and somehow ended up being a nominee as “U.K. Young Entrepreneur of the Year.” I pitched for and won some funding from venture capitalists and set up a company called Guzzl, a smartphone-based food and drink ordering service. Ultimately, the business was not a success, unfortunately.

Then I got into the weird world of indoor skydiving/bodyflight where I helped set up and run commercial vertical wind tunnels in the U.K. and the United States. These multimillion dollar outdoor machines that fire 130 mph+ wind into the air are used for shows and events, teaching skydiving and for filming movies.

Since the skydiving world is pretty summer-based and I didn’t have much to do during the winter, I moved to the beautiful town of Chamonix in the French Alps and enjoyed a ski season—then coronavirus hit and all of Europe went into lockdown. On the last day the borders were open, I hopped on the last flight back to Northern Ireland and have been sheltering here ever since.

I have started my post-grad in software engineering and data science at Ulster University and hope to use it to get deeper into the world of online/tech businesses.

What words of advice do you have for current Westminster students getting ready to go out into the job market?
Don't be afraid of failure. The fastest and best way to learn is to fail. Be proud of it. Figure out who you look up to and read their biography. I promise you they will have failed, too.

Pictured above, Bryan Greig in mid-somersault by Brittain Lake as a student; below, Greig "flying" in the air. 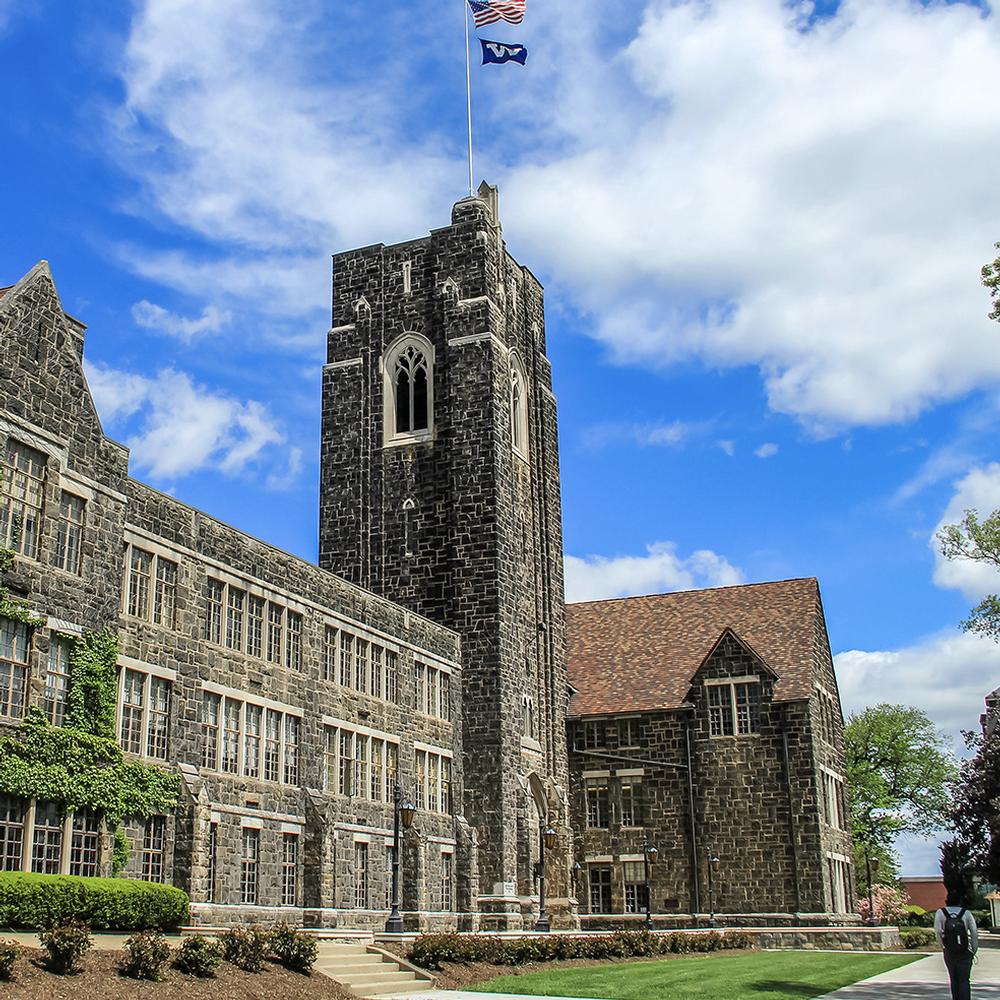