"I'm going to talk about my research with the eastern massasauga rattlesnake, Sistrurus catenatus catenatus, one of only three venomous species of snakes in Pennsylvania," Throckmorton said. "Currently, massasaugas are listed as a state endangered species and are under consideration for protection under the federal Endangered Species Act.

"Because of habitat destruction and human encroachment, massasauga populations in Pennsylvania are becoming increasingly isolated. As a result, it's likely that the genetic structure of those populations has changed as adjacent populations become separated by roads or rivers that present almost impassable barriers and prevent gene flow between populations.

"The goal of my research was to use genetic analysis to determine whether snakes are able to move between separate populations and what effect that movement might have on the genetic structure of the populations."

Throckmorton, who has been with Westminster College since 1990, earned her undergraduate degree from Hastings College, her master's from Fort Hays State University, and her Ph.D. from Florida State.

Faculty Forum, established in 1990, serves as a venue for the exchange of ideas and information among Westminster College faculty. Speakers present their research, teaching ideas, lectures, performances, special programs, and uses of technology to keep faculty informed about the work of colleagues from many disciplines.

Contact Throckmorton at (724) 946-7209 or e-mail athrock@westminster.edu for more information. 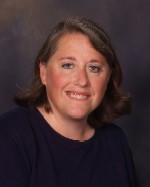