This rededication ceremony and tour of the renovated structure are free and open to the public.

The interior of this 108-year-old building has undergone a significant transformation, but the exterior look has hardly changed.

"Westminster College is ushering in a new era, while retaining the best of the old. There is no finer example than historic Thompson-Clark Hall, which has been refitted and relaunched for another century of academic service," said President of Westminster College, R Thomas Williamson. "Our thanks go out to alumni, parents, trustees, corporations, foundations and friends, without whose generosity and support, our continuing commitment to excellence would not be possible."

Now home to the departments of English and Public Relations; Modern Languages; and Communication Studies, Theatre, and Art, the renovated Thompson-Clark Hall features 35 offices, two technologically enhanced "smart" classrooms, a Learning Center, a computer graphics lab and darkroom, a language laboratory, and several seminar rooms. These public facilities will be used as part of the Center for Excellence in Teaching and Learning.

In addition, an elevator, a second stairway, a new roof, and renovated entrances to increase handicap accessibility were included as part of the historic building's facelift. New air handling and ventilation systems were also installed to help modernize the 108-year-old building.

In 1893, professor S.R. Thompson provided funds for Westminster's first science building, in memory of his daughter, Mary, who had passed away seven years earlier.

The $20,000 gift came with one condition - that the College pay interest to Thompson and his wife, as if the money were in a bank. Half of the gift was used for the building's construction, $5,000 was used for equipment in the new physics and botany departments, and $5,000 was set aside for a scholarship fund.

Professor Thompson, an 1863 Westminster graduate, led a period of rapid development of the natural sciences at the College during the 1880s and '90s. He stimulated interest in the modern laboratory approach to science by improvising and purchasing his own equipment, and helped to establish the four-year Scientific Course, leading to a bachelor's of science degree.

His daughter, Mary Thompson, had been carrying a partial schedule of college studies in 1886. Although weakened by illness, her death, at age 18, came as a great shock to the community.

Construction of the 66-by-50 foot, four-story brick building began in the summer of 1893 and it hosted its first class on January 10, 1894. The formal opening and dedication of the building took place the following March 6.

At the time of its opening, the Mary Thompson Science Hall provided the College with well-equipped electrical, physical, and botanical laboratories, photography studios, lecture rooms, and a science library. One of the building's first uses was to house a museum for Egyptian antiquities.

In 1894, Thompson hired Charles Freeman, who brought his gift of teaching chemistry to Westminster. When, in 1953, the College built a second science hall and connected it to Thompson-Clark Hall, it was named after Charles Freeman.

Thompson convinced a business associate, General W.A. Clark, to donate $5,000 to build the chemistry (east) wing of the building.

William A. Clark, an 1861 Westminster graduate, was a dynamic businessman. The son of a local merchant, he served in the Civil War as part of the Roundhead Regiment formed by Col. Leasure of New Castle and took an active part in some 21 battles, including Bull Run, South Mountain, Fredericksburg, The Wilderness, Siege of Vicksburg, Spotsylvania, Cold Harbor, Petersburg, and the Mine Explosion, where he was wounded.

After a fire destroyed the family lumberyard, he went to Franklin and established Clark Oil Company. He moved on and spent time in Philadelphia with Standard Oil. Fifteen years later he returned to New Wilmington and built the first electric generating plant. He also participated in the building of the water works and sewer systems.

Clark's gift was secured largely through S.R. Thompson's influence and accepted on the same interest-paying basis that applied to Thompson's gift.

The formal opening of the William A. Clark Chemical Laboratory took place on January 3, 1896. The 54-by-50 foot wing provided chemical laboratory and lecture rooms. 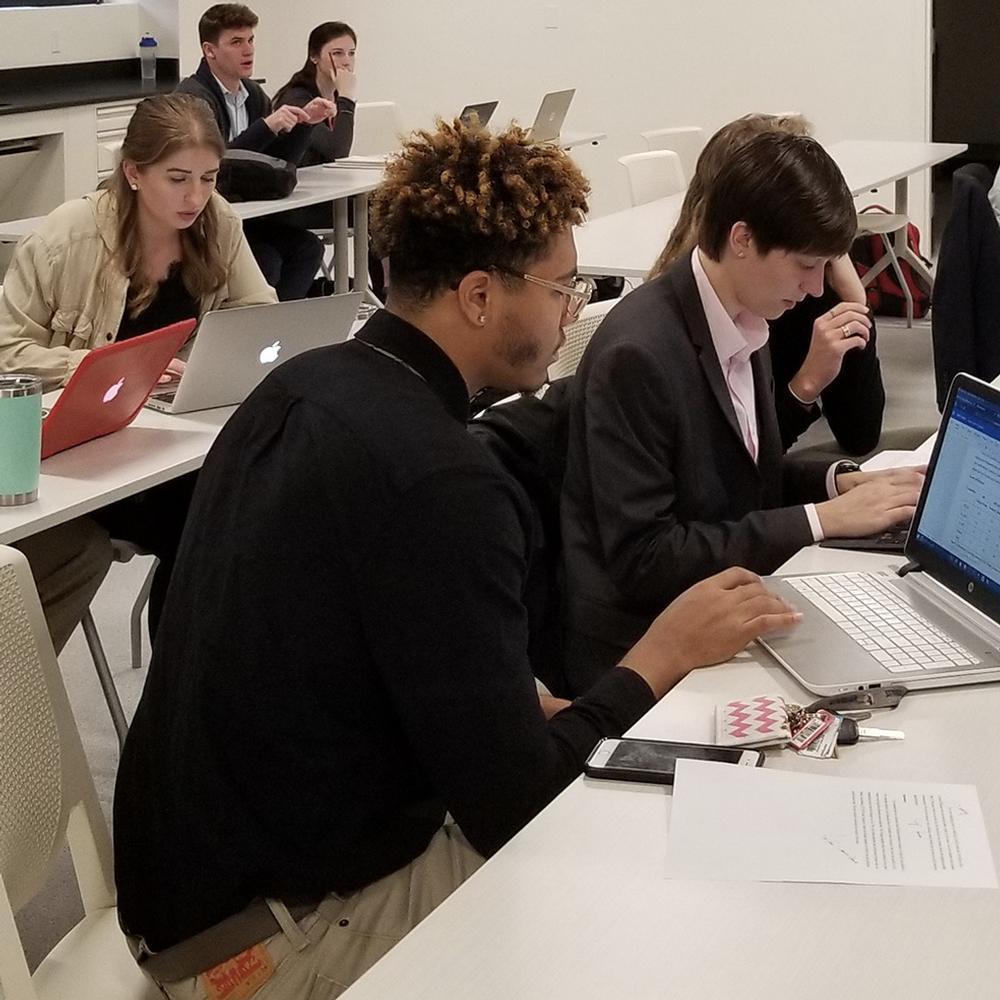 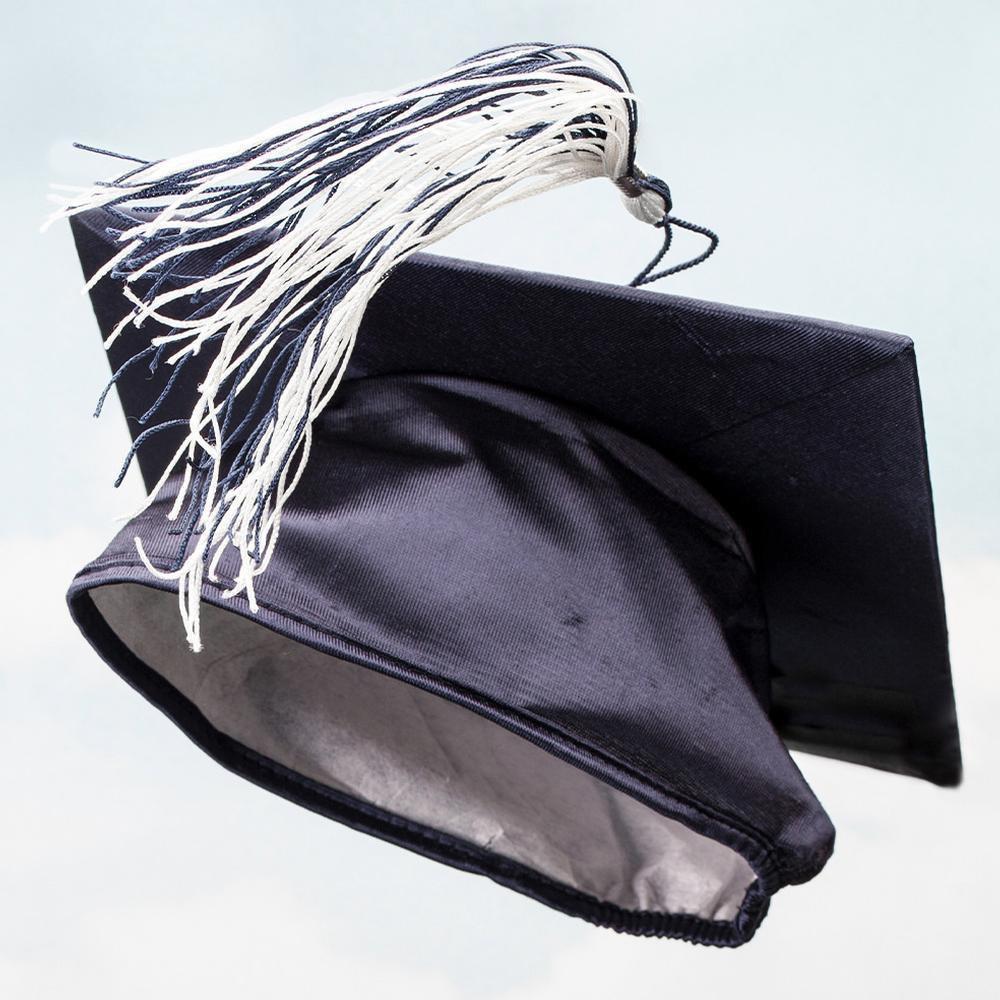 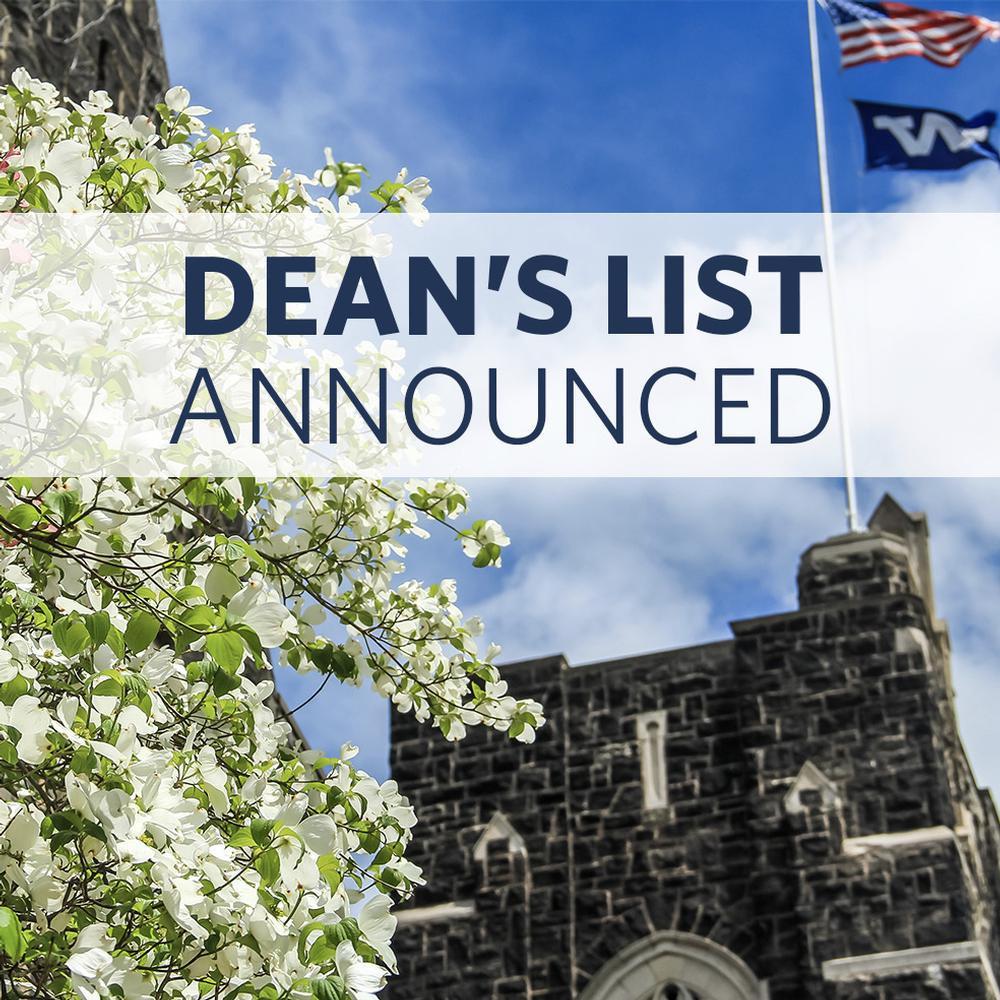 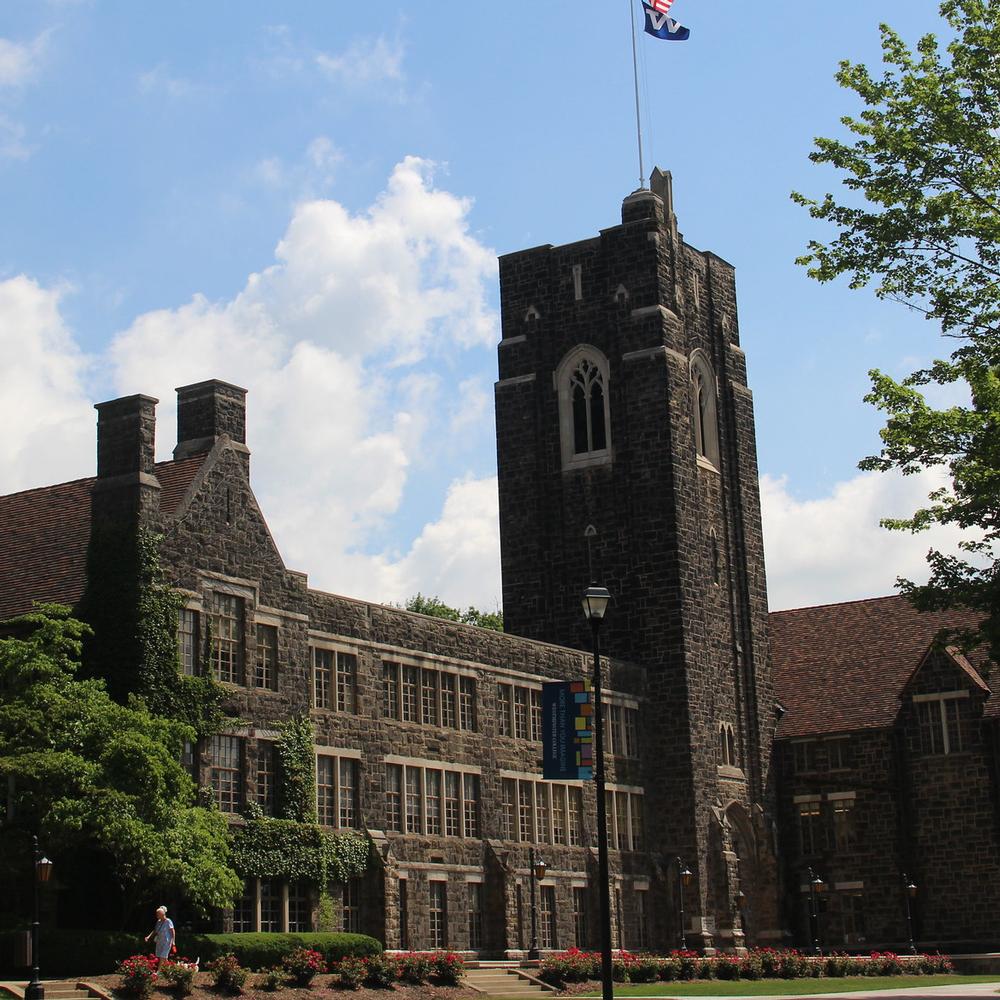